CCBE Statement on the invasion of Ukraine

The Council of Bars and Law Societies of Europe (CCBE) represents the bars and law societies of 45 countries,
and through them more than 1 million European lawyers. Since its creation, the CCBE has been at the
forefront of advancing and defending the legal principles upon which democracy and the rule of law are
based.
The CCBE joins EU institutions and the international community in their demand that Russia immediately
ceases its illegal invasion of Ukraine. All States must respect the fundamental obligations, values, principles
and freedoms set out in the Charter of the United Nations, the Statute of the Council of Europe, the
European Convention on Human Rights, Budapest Memoranda on Security Assurances, and other general
principles of public international law, including the Rome Statute of the International Criminal Court.
The CCBE strongly condemns the actions which breach these fundamental and generally accepted principles
of international law. Respect for international laws and treaties must be maintained and upheld. In the
current tragic context in which the Ukrainian people find themselves, the need to uphold the rule of law is
of paramount importance.
The CCBE unequivocally condemns the invasion of Ukraine by Russia. The unwarranted invasion of a
sovereign state represents an egregious attack on the rule of law. We welcome the statement of the
Prosecutor of the International Criminal Court.
“I remind all sides conducting hostilities on the territory of Ukraine that pursuant to the declaration lodged
on 8 September 2015, accepting jurisdiction of the International Criminal Court ("ICC" or the "Court"), my
Office may exercise its jurisdiction over and investigate any act of genocide, crime against humanity or war
crime committed within the territory of Ukraine since 20 February 2014 onwards.
Any person who commits such crimes, including by ordering, inciting, or contributing in another manner to
the commission of these crimes, may be liable to prosecution before the Court, with full respect for the
principle of complementarity. It is imperative that all parties to the conflict respect their obligations under
international humanitarian law.”
We call on the Prosecutor to commence an immediate investigation in this respect with a view to the trial
of the President of Russia, Vladimir Putin, and his accomplices. The Ukrainian people deserve the protection
of the international legal order.
The CCBE attaches particular importance to the respect of the universal values of human dignity, freedom,
equality and solidarity and, therefore, insists that Europe must remain an area of peace, freedom, security
and justice. In particular, we express solidarity with our Ukrainian colleagues under attack.
We are mindful also of the position of those Russian colleagues who do not feel able to speak out against
this illegal war for fear of their lives.
The CCBE additionally stresses that the right to asylum should be respected and assured in this context and
humanitarian assistance provided to those in need. EU Member States and other European States are,
therefore, encouraged to take the necessary measures in the field of border management and asylum to
help people fleeing conflict and violence. Finally, the CCBE encourages lawyers to provide legal assistance
to people seeking international protection and welcomes the fact that many legal professionals are already
engaged in such actions.
Lietuvos advokatūra 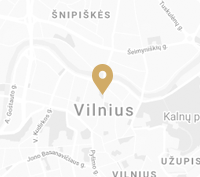